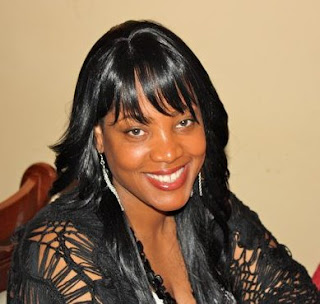 𝐏𝐂𝐑𝐋 𝐃𝐉 𝐋𝐚𝐝𝐲 𝐃𝐞𝐬𝐭𝐢𝐧𝐲. Part of the Female Connection that was formed in 1991 and is the musical collaboration of Birmingham based Radio and Club DJ’s Sandra B and Lady Destiny. Both Ladies are of Jamaican origin which is where their deep understanding and love for Reggae and Dancehall music is rooted.

Female Connection play a variety of styles which include Reggae, Dancehall, Revival, R&B as well as Hip-Hop and Soul music, whereby they are at their best when it comes to playing dancehall music. Their unique playing style continues to attract interest also in the US and Jamaica.
David Rodigan said about them : “… in 25 years I have not seen or heard any other more professional Female DJ’s ... “
Having started out as Radio DJ’s with regular shows for Enterprise Radio, Lazer FM, Metro Radio, P.C.R.L Radio, Lazer FM, Power FM, Unity FM and Galaxy Radio to name just some, Female Connection have progressed their careers as Club DJ’s winning many awards for best Female DJ Act. Performances alongside Shaka Demus & Pliers, David Rodian, General Levy, Mighty Spice, Marcia Griffith, Ken Booth, Tony Matterhorn, Method Man, Redman and many others have followed including juggling shows alongside international sound systems like Concrete Jungle and Budaddub Sound to name just a few. Now found in Sting radio. Photo: 1992. (Bio. from Facebook)
Posted by Mickey Nold at 10:36