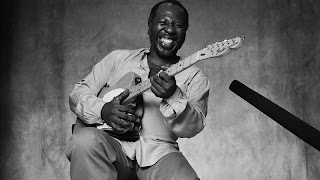 Today were going on a trip down memory lane. The radio show below was broadcast in six thirty minute segments over six weeks in the early 1990's on my Basement Soul show on PCRL, here in Birmingham. Bill Randle came to me with the idea of doing a tribute to Curtis Mayfield's large body of work. Mayfield had recently been paralyzed by a freak stage accident at a charity show he was doing in New York and the world was in shock. So Bill wrote his piece we cranked-up the reel-to-reel recorder and started splicing the tapes, that's how it was done in those days, no digital editing suites, if you cut the tape in the wrong place you had to record it again. 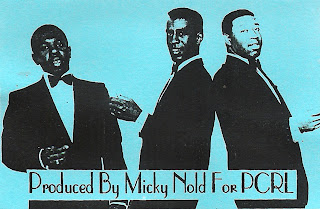 Anyway the years have gone by and the tapes were getting older and dustier so I decided to transfer the analogue tapes to digital, this was in 2009 and Steve Williams expressed some interest in running the recording on his UK Vibe jazz site, but sadly nothing came of that. The years went by and Bill Randle who has now started his own radio show on Bridge FM in Stourbridge, said; "Wouldn't it be great to put a link to his new web Blog for the recording", also the time is right and with war breaking out again in the Middle East it's time again for that message: "We Gotta Have Peace".  So here it is in Full... enjoy Track listing:
Impressions - Gypsy Woman I'm The One Who Loves You It's Alright
Major Lance - The Monkey Time
Gene Chandler - Nothing Can Stop Me
Walter Jackson - It's All Over
Impressions - Talking 'bout My Baby Keep On Pushing You Must Believe me Amen People Get Ready The Woman's Got Soul You've Been Cheating
5 Stairsteps - Little Young Lover
Impressions - I Can't Satisfy
Fascinations - Girls Are Out To Get You
Impressions - We're A Winner This Is My Country Choice Of Colours The Girl I Find Stays On My Mind
Curtis Mayfield - If There Is A Hell Down Below, Were All Gonna Go Love On Up We've Only Just Begun (live) Underground We've Gotta have Peace Little Child Running Wild Pusher man Freddie's Dead Back In The World To Be Invisible On And On Aretha Franklin - Giving Him Something He Can Feel Curtis Mayfield - When Seasons Change Soul Music Unknown How Do You Like To Be Loved? Your So Good For Me
with Linda Clifford - Between You Baby & Me
Curtis Mayfield - Never Stopped Loving Me Toot Toot Hey Baby Baby It's You You've Just Got To Be Real I'm So Proud
Posted by Mickey Nold at 05:58