During 1987, a lot of people at PCRL weren’t happy with the the lack of R&B/Hip Hop so and thought they could do better. Therefore Mikey B, Carlton C and many others left to start their own station. So at 5 PM on Friday the 16th of October 1987, Enterprise Radio started on 90.9 FM. The station was more professional than PCRL, being the first Midlands pirate to broadcast in real Stereo. They also had their own custom made Bill Mitchell jingles and adverts voiced by the star of the London pirates Mark Damon. Below is a pre-start street handout promotion. They only lasted for 12 Months. 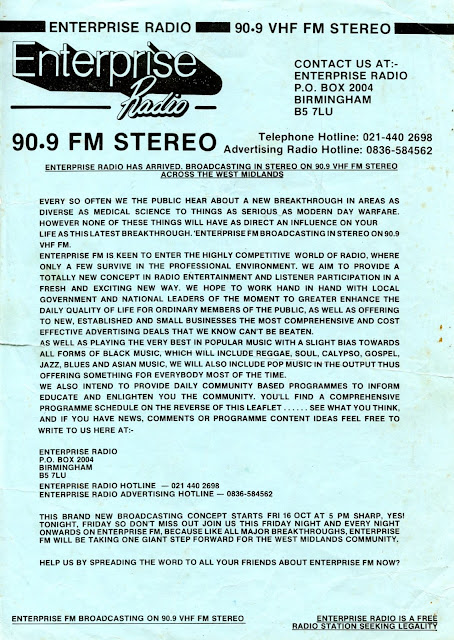 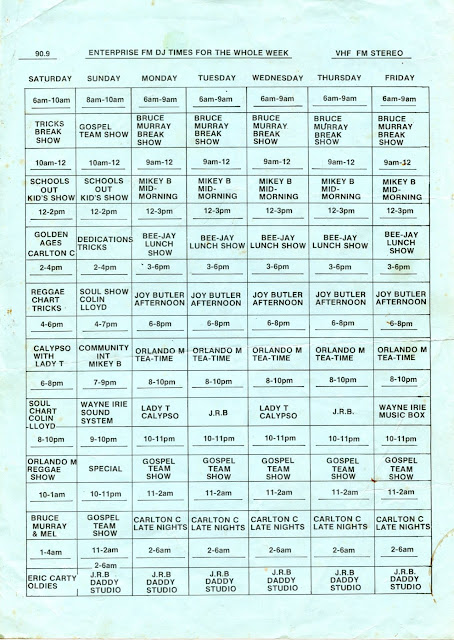 Email ThisBlogThis!Share to TwitterShare to FacebookShare to Pinterest
Labels: Enterprise